The Deadeye Bounty League was a $20,000 NA/EU online league held in 2015. It was somewhat unorthodox, as it featured long (BO5/BO7) series between teams and financially rewarded teams for each won game. It featured the 2 NA/EU teams from Hontour Season 3 World Finals and 6 teams from the Off-Season qualifier. 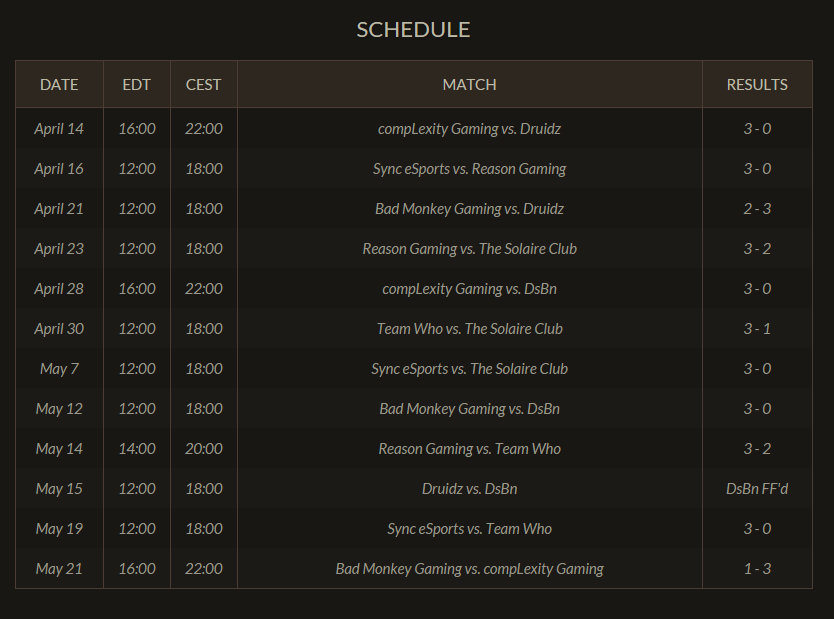